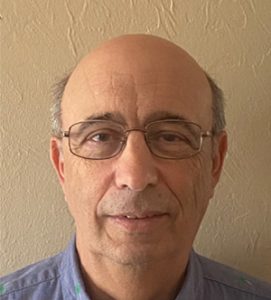 Denis, age 77, is a private investor. Mr. Amato retired from Ancora Advisors, where he was Director of Microcap Equities. His investment experience spanned five decades, including serving as Chief Investment Officer for a major Cleveland bank trust department as well as with Ancora Advisors. He has both a BBA in Economics and an MBA in Finance from Case Western Reserve University and is a Chartered Financial Analyst. 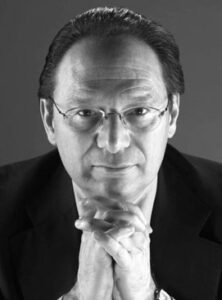 Richard, age 80, was previously Chairman of Mace Security International, Inc. between 2009 and 2018.  Currently, he chairs the Archeagle Family Office, which includes both the Archeagle Foundation, as well as the Richard A. Barone Foundation. He is emeritus Director for the Cleveland State University Foundation, where he previously served as its Chairman as well as a member of the University’s Board of Trustees.  In addition, he currently serves as a director of the Brentwood Foundation, a division of the Cleveland Clinic. In the past, Mr. Barone has held directorships in numerous charitable organizations, as well as public and private corporations. Professionally, Mr. Barone was the founder and Chairman of the Maxus Investment Group, which became part of Fifth Third Bank in 2001.  In 2002, Mr. Barone founded Ancora Advisors, where he served as its Chairman until 2014. Most recently, Mr. Barone is the founder and Chairman of the International Museum of American Porcelain Art (MAPA). 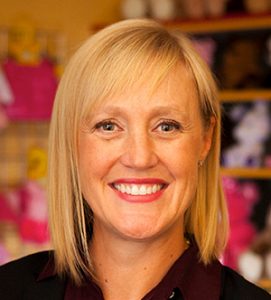 Jennifer, age 49, currently serves as Chief Digital and Merchandising Officer at Build-A-Bear Workshop, helping transform the iconic Build-A-Bear brand through her innovative leadership. Jenn joined the company in 2014 as Chief Product Officer before taking on her current role of Chief Digital and Merchandising Officer. She leads the development of global merchandise, in addition to the company’s marketing and digital presence to drive sales and guest loyalty. While guiding global business initiatives including retail, ecommerce, licensing, brand and performance marketing, Jenn manages an inspired team and builds leaders. Jenn has helped transform Build-A-Bear Workshop to the multi-channel and multi-platform brand and intellectual property company it is today with over 400 experiential retail locations, ecommerce and licensing.

With her ingenuity in global product and digital strategy and ability to grow and strengthen brands, Jenn has held tenured executive level positions at notable companies. Before joining Build-A-Bear, Jenn was Senior Vice President of Product and Brand Management with the Stride Rite Children’s Group (SRCG) of Wolverine Worldwide, Inc. At SRCG, she was responsible for the global product creation strategy for a diverse portfolio of children’s footwear brands including Sperry Top-Sider®, Saucony®, Keds®, Hush Puppies® and Merrell® to name a few. Before joining Stride Rite, Jenn held positions of increasing responsibility at The Timberland Company, Goldbug and the United States Department of Agricultural Foreign Service.

Jenn holds a Bachelor of Arts degree in Humanities from San Francisco State University and studied International Business at the Middlebury Institute of International Studies at Monterey. 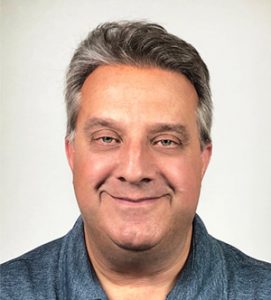 Daniel, age 52, is a Co-Founder, President and Chief Operating Officer of IdeaStream Consumer Products, in Cleveland, Ohio. The Company was founded in 2002 and is focused on designing and developing creative and innovative product solutions that drive incremental sales and profits for its retail customers. Mr. Perella brings nearly 27 years of experience in the retail marketplace to Mace. Prior to the founding of IdeaStream Consumer Products, Mr. Perella worked for 10 years at Manco, Inc (now known as Shurtech). During his time there he had numerous roles, including Vice President of Wal-Mart Sales. Additionally, prior to his entrepreneurial journey, he was Manco’s Executive Vice President of Sales. 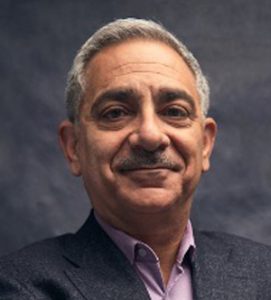 Hussien, age 63, has recently begun the ‘2nd half’ of his career focused on executive mentoring and coaching young professionals and emerging business leaders. Mr. Shousher was the former CEO of GEM Inc. and GEM Energy and was with the Rudolph/Libbe Group of companies for 25 years.  During Mr. Shousher’s tenure, GEM expanded to multiple locations throughout three states with over 1,000 employees. GEM Inc., headquartered in Walbridge, OH, is a leading single-source specialty contractor with multiple self-performance trades as well as consulting and energy management services.

Mr. Shousher has a bachelor’s degree in civil engineering from The University of Toledo. Mr. Shousher currently serves on the Board of Directors of ACCESS Detroit, HearAide Medical Missions, Historic South Initiative, Lourdes University, Rudolph/Libbe Companies, Inc. and is the Chairman of the Toledo Community Foundation and is the Board of Trustees Chairman of the Islamic Center of Greater Toledo. 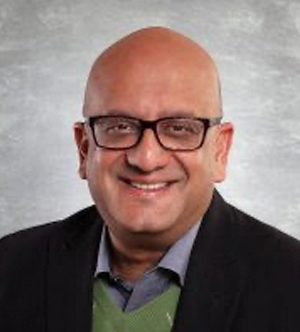 Sanjay, age 56, was appointed Chairman and CEO in February 2022 and serves on the Board of Directors of Mace.  He previously served as the Executive Chairman of the Board since April 2020 and was appointed as the Vice-Chairman of the Company’s Board in March 2018.  Previously, Mr. Singh led and directed strategy at Roll-Kraft, a privately held manufacturing company, first as Executive Vice-President and then as President from July 2013 through March 2020.  Over the course of his twenty-five-year career, Mr. Singh acquired expertise in increasing shareholder value by building better businesses alongside management teams.  Mr. Singh was a Board Member and Chief Financial Officer from 2010-2013 at Maclellan Services, Inc.  Prior to July 2010, Mr. Singh held Chief Financial Officer and financial leadership roles in private-equity owned portfolio companies and at divisions of Stanley Black and Decker and Newell-Rubbermaid.  Mr. Singh currently serves as Chairman of the Board of Directors of Regional Brands, Inc., and on the Board of Directors of MAGNET and Entrepreneur’s EDGE. Mr. Singh has a both a Bachelors of Commerce from St. Xavier College, Kolkata, India and a MBA from Gannon University, Erie, PA.